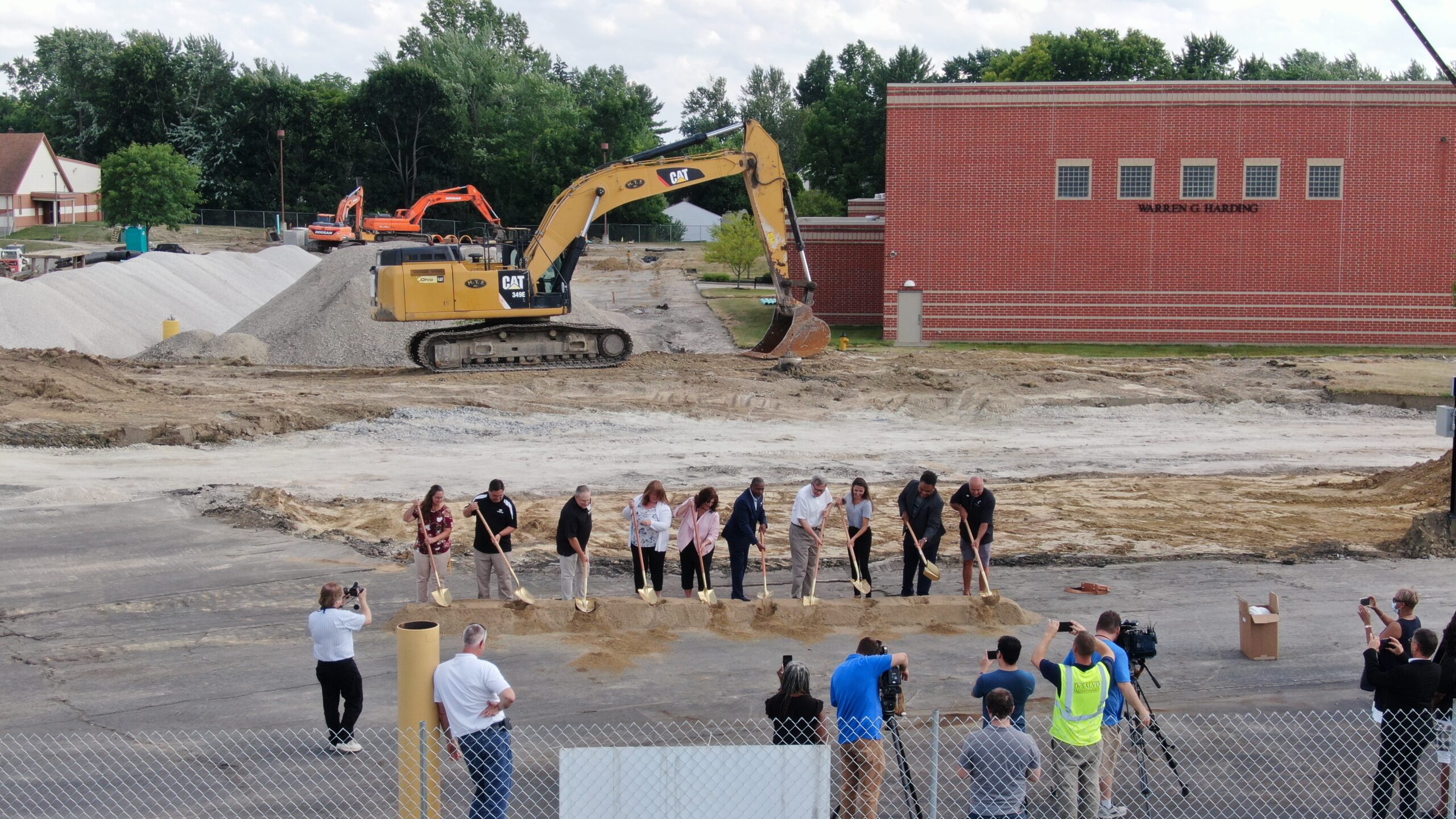 Previously, the district shared renderings of the 120,000-square-foot, two-story facility set to be built between Harding High School and the football field. The structure will feature athletic facilities, along with educational and healthcare services and resources.

A 200-meter, multi-purpose surface track is planned for the first floor while an additional track for walking is designated for the second floor. Discussions include the inclusion of space for Esports and the Harding robotics program, among other programs. There is also potential for a student-run cafe or bistro.

Money through a federal grant is paying for the bulk of the multi-million-dollar project. Plans are for students to be able to use a portion of the new complex in the Fall of 2023 before the remainder is finished. 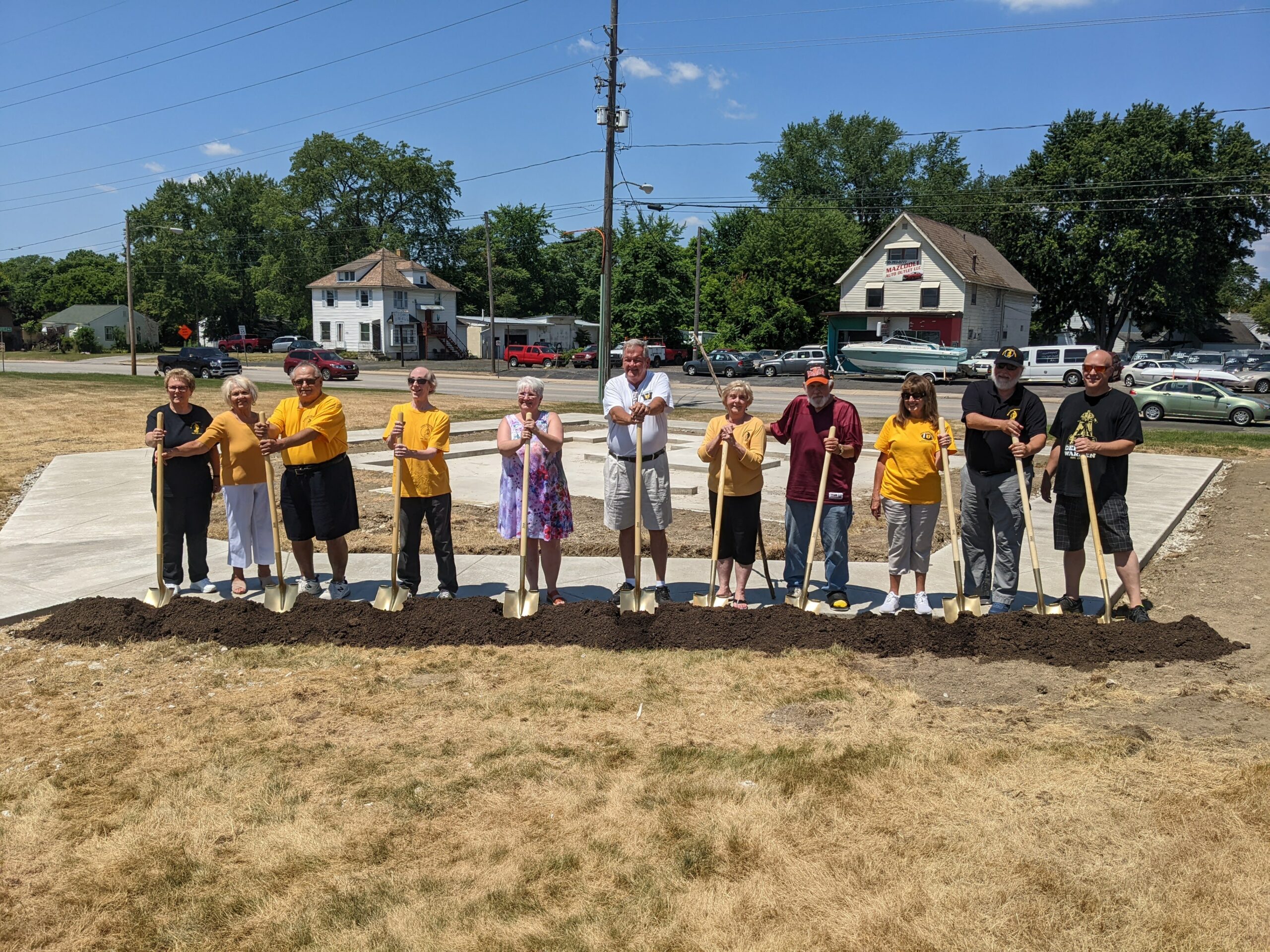 The new Raider Pride Park in front of Warren G. Harding High School was dedicated and a ceremonial ground-breaking was held Thursday, June 30, 2022.

Members of the Raider Pride Park Committee said the new memorial to former Warren Western Reserve students and staff is an asset for Warren City Schools and the Warren City community-at-large.

The Raider Pride Park project was birthed in 2010 when Dave Alstolfi sold t-shirts with the original Warren Western Reserve High School logo at the Warren Italian Festival. The goal was to to build a memorial dedicated to all the WWR family, including the people who worked and served there and the students who attended the high school.

The Warren Western Reserve Committee was established in the fall of 2010 and met at the home of Mark Clawges, WWR Class of 1968.  The committee started with 60 or so people with the objective of getting representation from as many of the school’s graduating classes as possible. The committee then approached the Warren City Schools Board of Education about securing property to build a memorial.

Over time the committee’s membership diminished, and the group soon realized that becoming a non-profit would be key to raising the funds needed to build the memorial. The Warren Western Reserve Committee became a 501(c)(3) and changed its name to Raider Pride Park. Artist Dennis Freet designed the original park and its layout. Gibson Construction put the architectural design together and provided cost estimates for the development and construction.

The Raider Pride Park group set out to raise money through various fundraising efforts, with the staple being the Warren Italian Festival. Every year a tent was set up as a meeting place for all Warren City School alumni, with an emphasis on the Raiders. The group sold memorabilia, t-shirts, hoodies, DVDs of past WWR band performances as well as autographed items to help raise funds.

Over the years, the committee realized that the original design was becoming cost prohibitive, so plans were revised, and a redesign was done by Cortland-based Gilmore Landscaping and Design.

“This is a testament to the grit and determination of those involved in the memorial,” said James F. Guy Jr., WWR Class of 1990. “Raider Pride Park hopes this park can be enjoyed by alumni and will be a part of the rich history of Warren City Schools.”