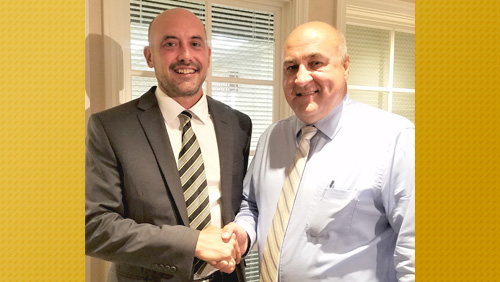 Bubon has worked in higher education 13 years. He served as interim head coach of the men’s basketball team at Point Park University in Pittsburgh (October 2016-June 2017) before stepping into the head coaching position there in July 2017.

Previously, he was Point Park’s assistant head basketball coach of the men’s team; head coach of men’s and women’s golf; and community director of campus life. Prior to working at Point Park, Bubon was sports counselor for the Allegheny County Parks Department.

“Gabe’s hiring provides our district with an individual who is familiar with our community, understands the tradition and expectations of Warren G. Harding basketball and has demonstrated the ability to be a leader of young men, both academically and athletically,” said William Nicholson, Warren City Schools Athletic Director.

Bubon said he is “extremely excited” to be given the opportunity to return to his hometown as
head boys basketball coach at Warren G Harding.

“The City of Warren played a major role in making me the person I am today. After 13 years of coaching at the college ranks, I feel it is time for me to return to the city of Warren and help develop the young men of Warren on and off the basketball court,”
Coach, Gabe Bubon

“After coming in and meeting with Athletic Director Nicholson and Principal Dante Capers, I have no doubt that this is the right move for me and the Warren G. Harding Basketball Program. I want to build on what has been decades of tradition and pride in Warren  Basketball. I couldn’t be happier to have this opportunity.”